The Minister for Financial Services and Good Governance, Hon. Mr M.K Seeruttun, join to celebrate official launch of the representative office of the Mauritius Commercial Bank held on 8 December 2021 in the Dubai International Financial Centre (DIFC) which has recently been upgraded from a Representative Office to Advisory Office with a Category 4 license. The Minister in his keynote speech highlighted that the Mauritius Commercial Bank is a household name and the oldest bank on the island. MCB was established in 1838 and has significantly contributed to the economic development of the country. He congratulated in the leadership of the MCB on this international expansion in a leading financial hub and the most favoured destination for the world’s largest banking institutions. Dubai is now home for the very best global banking brands. The participation of MCB in large-scale cross-border operations since the early 90s, its network of around 500 correspondent banks around the world and its diversified banking and non banking activities in the African region makes Dubai a logical sequence in the bank’s development strategy. MCB’s expansion in this part of the world is certainly a testament of many things. The Advisory Office marks a historic milestone in the relationship between the UAE and Mauritius. He stated that the MCB Office in Dubai will have a positive and significant impact on economic relations between the two countries whilst also facilitating trade and investment flows in the Africa-Gulf corridor. It marks the beginning of a productive, innovative and meaningful journey for the MCB in the Middle East. This move constitutes a major stepping stone for the Mauritian banking and financial system, enhancing the status and visibility of Mauritius in the Arab region and the world at large.

He further added that both Mauritius and Dubai represent important investment Gateways into Africa. Mauritius shares with Africa an incredible story of Solidarity, Brotherhood and Unity. Investments from Mauritius into Africa represents 9% of overall foreign investment into the Continent and the MCB is playing a vital role in this equation. The Mauritius International Financial Centre is recognised as a key enabler to attract, structure and channel trade and investment flows into Africa. Against this background, the MCB has an interesting business model driving its international development strategies across the African region leveraging on Product Expertise such as financing trade within Energy and Commodities, Structured Project Finance within the hospitality, agriculture and power sectors, and Private banking and Wealth Management services. From this perspective, the MCB’s presence in the United Arab Emirates illustrates its clear intention to accompany its customers into Africa where it has earned Reputation and Trust through its extensive networks, branches, subsidiaries and representative offices.

The upgraded Advisory Office licence conferred to the MCB allows it to conduct private banking including investment, credit and wealth planning advisory services to ultra-high and high net worth clients in these regions. By effectively servicing new markets and customers through a dedicated presence in the DIFC, the MCB will etch in tablets of stone an enduring and productive presence in this truly amazing country. Furthermore, the DIFC Office will be more than just another success story, it will lead to even greater and closer future cooperation between our countries and our regions. The Minister, on behalf of the Government of Mauritius, extended sincere gratitude to the UAE leadership for welcoming and making the DIFC home to the MCB. 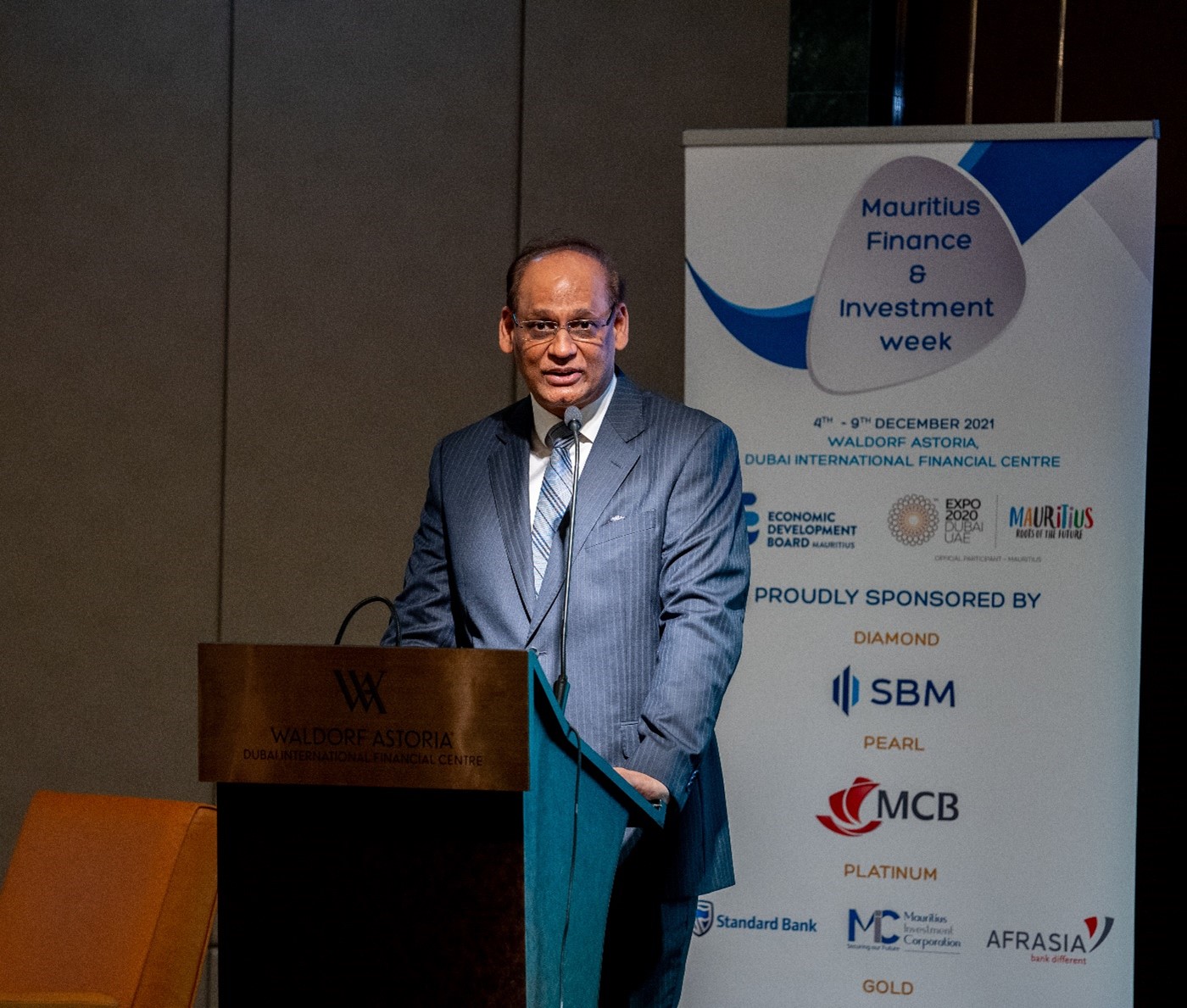